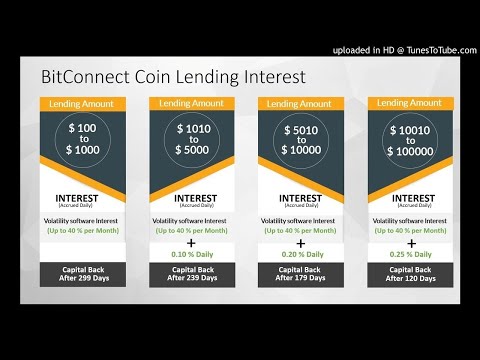 How To End The Cryptocurrency Exchange "Wild West" Without Crippling Innovation

​
In case you haven't noticed the consultation paper, staff notice, and report on Quadriga, regulators are now clamping down on Canadian cryptocurrency exchanges. The OSC and other regulatory bodies are still interested in industry feedback. They have not put forward any official regulation yet. Below are some ideas/insights and a proposed framework.
​
​
​
Many of you have limited time to read the full proposal, so here are the highlights:

Effective standards to prevent both internal and external theft. Exchange operators are trained and certified, and have a legal responsibility to users.

Provides visibility to Canadians that their funds are fully backed on the exchange, while protecting privacy and sensitive platform information.

Establishment of basic insurance standards/strategy, to expand over time. Removing risk to exchange users of any hot wallet theft.
​
​

(1) Proper multi-signature cold wallet storage.
(a) Each private key is the personal and legal responsibility of one person - the “signatory”. Signatories have special rights and responsibilities to protect user assets. Signatories are trained and certified through a course covering (1) past hacking and fraud cases, (2) proper and secure key generation, and (3) proper safekeeping of private keys. All private keys must be generated and stored 100% offline by the signatory. If even one private keys is ever breached or suspected to be breached, the wallet must be regenerated and all funds relocated to a new wallet.
(b) All signatories must be separate background-checked individuals free of past criminal conviction. Canadians should have a right to know who holds their funds. All signing of transactions must take place with all signatories on Canadian soil or on the soil of a country with a solid legal system which agrees to uphold and support these rules (from an established white-list of countries which expands over time).
(c) 3-5 independent signatures are required for any withdrawal. There must be 1-3 spare signatories, and a maximum of 7 total signatories. The following are all valid combinations: 3of4, 3of5, 3of6, 4of5, 4of6, 4of7, 5of6, or 5of7.
(d) A security audit should be conducted to validate the cold wallet is set up correctly and provide any additional pertinent information. The primary purpose is to ensure that all signatories are acting independently and using best practices for private key storage. A report summarizing all steps taken and who did the audit will be made public. Canadians must be able to validate the right measures are in place to protect their funds.
(e) There is a simple approval process if signatories wish to visit any country outside Canada, with a potential whitelist of exempt countries. At most 2 signatories can be outside of aligned jurisdiction at any given time. All exchanges would be required to keep a compliant cold wallet for Canadian funds and have a Canadian office if they wish to serve Canadian customers.
(2) Regular and transparent solvency audits.
(a) An audit must be conducted at founding, after 3 months of operation, and at least once every 6 months to compare customer balances against all stored cryptocurrency and fiat balances. The auditor must be known, independent, and never the same twice in a row.
(b) An audit report will be published featuring the steps conducted in a readable format. This should be made available to all Canadians on the exchange website and on a government website. The report must include what percentage of each customer asset is backed on the exchange, and how those funds are stored.
(c) The auditor will independently produce a hash of each customer's identifying information and balance as they perform the audit. This will be made publicly available on the exchange and government website, along with simplified instructions that each customer can use to verify that their balance was included in the audit process.
(d) The audit needs to include a proof of ownership for any cryptocurrency wallets included. A satoshi test (spending a small amount) or partially signed transaction both qualify.
(e) Any platform without 100% reserves should be assessed on a regular basis by a government or industry watchdog. This entity should work to prevent any further drop, support any private investor to come in, or facilitate a merger so that 100% backing can be obtained as soon as possible.
(3) Protections for hot wallets and transactions.
(a) A standardized list of approved coins and procedures will be established to constitute valid cold storage wallets. Where a multi-sig process is not natively available, efforts will be undertaken to establish a suitable and stable smart contract standard. This list will be expanded and improved over time. Coins and procedures not on the list are considered hot wallets.
(b) Hot wallets can be backed by additional funds in cold storage or an acceptable third-party insurance provider with a comprehensive coverage policy.
(c) Exchanges are required to cover the full balance of all user funds as denominated in the same currency, or double the balance as denominated in bitcoin or CAD using an established trading rate. If the balance is ever insufficient due to market movements, the firm must rectify this within 24 hours by moving assets to cold storage or increasing insurance coverage.
(d) Any large transactions (above a set threshold) from cold storage to any new wallet addresses (not previously transacted with) must be tested with a smaller transaction first. Deposits of cryptocurrency must be limited to prevent economic 51% attacks. Any issues are to be covered by the exchange.
(e) Exchange platforms must provide suitable authentication for users, including making available approved forms of two-factor authentication. SMS-based authentication is not to be supported. Withdrawals must be blocked for 48 hours in the event of any account password change. Disputes on the negligence of exchanges should be governed by case law.

Continued review of existing OSC feedback is still underway. More feedback and opinions on the framework and ideas as presented here are extremely valuable. The above is a draft and not finalized.
The process of further developing and bringing a suitable framework to protect Canadians will require the support of exchange operators, legal experts, and many others in the community. The costs of not doing such are tremendous. A large and convoluted framework, one based on flawed ideas or implementation, or one which fails to properly safeguard Canadians is not just extremely expensive and risky for all Canadians, severely limiting to the credibility and reputation of the industry, but an existential risk to many exchanges.
The responsibility falls to all of us to provide our insight and make our opinions heard on this critical matter. Please take the time to give your thoughts.

Crypto Banking Wars: Will Coinbase or Binance Become The Bank of The Future?

Crypto-Powered - The Most Promising Use-Cases of Decentralized Finance (DeFi)

AMA Recap of CEO and Co-founder of Chromia, Henrik Hjelte in the @binancenigeria Telegram group on 03/05/2020.

Binance.US is scheduled to open up for registrations and deposits on September 18, and trading will commence soon after that, although the time of trading commencement has not been disclosed yet. Binance.US looks to be far more limited than regular Binance, with only Bitcoin, Ethereum, Ripple, Bitcoin Cash, Litecoin, and Tether trading available to start. Further, Binance.US will require ... Binance Uganda is shutting down operations after operating in Africa since 2018. The process will take place in 3 stages & will end this month. BTC: $14,406.30 ETH: $399.28 XRP: $0.24 Market Cap: $417B BTC Dominance: 63.98%. BTC: $14,406.30 ETH: $399.28 XRP: $0.24 Market Cap: $417B BTC Dominance: 63.98%. Advertise Publish. Home; News. Forex Cryptocurrency Regulation Announcements Tips & hacks ... Binance Jersey Exchange Shuts down due to Low Trading Volume. Crypto News exchange news. Last updated Oct 20, 2020. 9. Share. All the existing Binance Jersey accounts will be made inaccessible by November end as per the recent news. Subsequently, the world’s largest cryptocurrency exchange announced closing its service under the Jersey-based subsidiary Binance Jersey. The platform was ... Hong Kong Crypto Exchange Bitspark Shuts Down Amid Coronavirus Outbreak and Protests . Crypto exchange service provider Bitspark is shutting down next month despite reporting exponential growth ... Forex and Market News. Likes ; Followers ; Subscribers ; Followers ; Likes ; Followers ; Subscribers ; Followers ; Subscribers Updated news about bitcoin and all cryptocurrencies. Binance announces a new affiliate program in Africa. Only a little more than a week ago, Binance announced that it has decided to shut down its subsidiary in Uganda. The process should be completed by the end of November, with the trading services officially ending on November 11th. However, the world’s largest exchange is not done with ... Binance Shuts Down $1 Million Theft Accusations . Author: Jimmy Aki. Last Updated: 10 April 2020. Cryptocurrency exchange Binance has come out to hit back against rumors that it embezzled money ... SEC Shuts Down 1Broker as Crypto Community Says Binance and BitMEX Are Next. 30 Sep, 2018 17:35 source: Bitcoin Exchange Guide News Team. In a surprise announcement yesterday, the SEC decided to shut down cryptocurrencyexchange 1Broker. Users lost millions of dollars in funds, but the next shutdown could be even worse: some analysts claim major crypto exchanges Binance and BitMEX will be shut ... Binance Jersey is shutting down because of the evolution in Binance Global. Deposits will be disabled by Oct 30. All trading activities and services will cease on Nov 9. By Nov 30, all accounts will be inaccessible as the branch officially exits less than two years in operation as per a press… Bitcoin, Blockchain & Cryptocurrency News. Advertisement; BTCm News; Contact us; Bitcoin. $13,043 ... The world largest cryptocurrency exchange Binance announced the launch of the vault system for BNB that allows users to earn daily rewards as income from the BNB ecosystem, reported on 03 November 2020.Basically, the BNB Vault system is a capital-gua . Likes ; Followers ; Subscribers ; Tuesday, November 3, 2020; Bitcoinik - Next Generation Bitcoin Media. News. Bitcoin News; Ethereum news ...

Patreon: https://www.patreon.com/alexandercobb Buy & Trade Crypto: https://www.bitrue.com/activity/landing?inviteCode=ZQGQQZ Merch: https://teespring.com/sto... SUBSCRIBE ! for videos on finance, making money, how to invest and creative ways to acquire passive income ! After 10+ years of investing and saving, I'm here to pass the knowledge onto you ! Ways ... Buy Bitcoin, Economic Turmoil, Binance US Listing 30 Coins & Massive Bitcoin Mining Farm - Duration: 43:03. The Modern Investor 27,708 views. 43:03. How Much Ether Do You Need?, China Crypto Spike ... Bitcoin Hashrate down. Hbars on Binance.us. OMG gets listed on Coinbase. ----- My other channels and subscribe! https://www.youtube.com/... NordVPN 70% OFF: http://bit.ly/TheMoonNordVPN Bitcoin Technical Analysis & Bitcoin News Today: I'll use technical analysis on the Bitcoin price to make a Bit... Binance Exchange Down Due To DataBase Issues ... Binance US shutdown: Which coins will it effect the most - Duration: 7:51. Cryptocurrency News 3,913 views. 7:51. World's Most Famous Hacker Kevin ... This video covers the latest Binance news including 18 potential new Coin Listings and the various fiat gateways they are developing worldwide. #binance #bnb... CNBC's "Power Lunch" team is joined by Binance U.S. CEO Catherine Coley to break down why bitcoin has surged in 2020. For access to live and exclusive video ... #bitcoin #like #cryptocurrency #news #btc #ethereum #eth #cryptocurrency #litecoin #altcoin #altcoins #eos #forex #money #best #trading #bitcoinmining #invest #trader #cryptocurrencies #top # ... Binance US Shutting Down Alternative Bitcoin Fridays Subscribe for more awesome videos and a chance at Free Bitcoin! http://bit.ly/subscribecryptofish ...